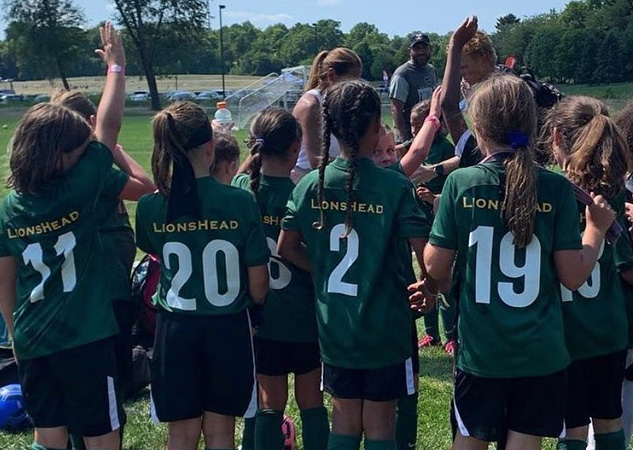 The JI Way a program overview

Mission Statement Jr. Irish Soccer Club is dedicated to providing Northern Indiana the best training and competitive environment possible.  The club’s mission will focus on the overall development of the team. As the team develops so does the individual. Soccer is a team sport and will always be taught that way at Jr Irish. Free thinking, improvising, creative and non-robotic will be the type of players who graduate from Jr Irish.  A professionally licensed coaching staff will give the players an opportunity to grow in the game as well as learn important life skills such as discipline, commitment, sportsmanship, empathy and kindness.
Club Philosophy Jr. Irish will offer a ten-month development plan with a seamless flow starting at the age of seven that takes players through to their high school career.  The curriculum properly develops players through the stages of a soccer career that will prepare them for a collegiate career.  Putting the player first, Jr. Irish will focus on creating a development-based environment to allow players to maximize their potential.

Coaching Structure Jr. Irish is led by a full time Director of Coaching who is responsible for providing a fully licensed coaching staff.  The club offers financial assistance to the coaching staff for opportunities to upgrade their licenses and attend professional development clinics.  It is the goal of Jr Irish to have a staff in place with specific expertise in a certain age group for development purposes.  Players will cycle through the coaching staff over time.

Tryouts and Participation Tryouts are held in the first two weeks of June and supplemental tryouts will be offered in August, October and November.  Jr Irish does not accept every player and is more selective as the players get older.  The club blends the desire to offer a soccer experience to as many players as possible as long as it is a healthy environment for the player.  Jr. Irish has partnered with MSA to create the MSA Academy for those players wanting more but not yet ready for the demands of competitive travel soccer.

Training It is expected that players regularly attend training both during their seasons of competition and winter training.  It is unfair to the players not selected to the club or the top team if attendance is not a priority.  Failure to attend training can affect team placement and playing time on game days.  We want to create the best possible environment and it hurts everyone when players miss.  While competing in other sports at the younger age groups is encouraged, we simply ask that Jr. Irish be a priority.

Playing Time Playing time is guaranteed at the Academy since the game is the best teacher at the younger ages.  While it may not be equal playing time, every player is given valuable game development.  Starting at U11, playing time is earned and minutes are not guaranteed.  The coaching staff will make every attempt to balance playing time with keeping the competitive level high. As players get older, there is more of an emphasis placed on results by state and regional competitions.  Some of the factors that determine playing time range from ability, impact on the game, level of commitment, attendance at training, discipline, and behavior.

League Play Jr. Irish mainly competes in the Indiana Soccer League (ISL) and if we qualify, the National League Regional Conference series (formerly MRL).  The league system is tiered based on competitive balance even at the Academy ages.

Tournaments
Tournaments will be selected by the Director of Coaching to assure a good competitive fit for the players.  Requests can be submitted for approval.

If a team wants to attend an extra event not covered within the fees, the Director of Coaching must first approve it. All expenses MUST be paid in full to the bookkeeper prior to application.  Fees include application fee and coaches expenses (mileage, hotel, and food).

The Club pass system is designed to allow players within the club to play and train with other teams at Jr. Irish.  There are many reasons Jr. Irish uses club passing of players throughout the season.  We sometimes have teams with low roster numbers that need support.  We have players not receiving enough playing time on their team and if there is a need, we can get that player time on other teams.  We can reward those players excelling at their age group with opportunities at a higher level so we are always challenging our best players.

Playing up in age
Players are allowed to compete above their true age group as defined by USYSA.  Understand that there is paperwork that must be filed with the state association for a player to play up in format. This is a decision between coach and DOC

In order for a player to compete up, they must prove to the coaching staff and Director of Coaching that they will make a significant impact on the team above age.  The player must demonstrate the ability to handle playing above age physically, technically, mentally, and socially.  The Director of Coaching is responsible for the decision and all decisions are final.

Conflict Resolution
No system or organization is perfect and we understand that there will be some concerns from time to time.  Please do not let questions or concerns fester into problems.  Most issues stem from misunderstanding or a communication breakdown.  Like in all areas of life, these issues need to be dealt with in the proper chain in order to maintain a healthy relationship.  It is our goal to provide a positive experience to all of our families.

Issue with a coach, other parents, team, or any team related problem.
1.  Discuss the issue with the coach.  If needed, contact the DOC and have him present.
2.  If the issue is not resolved, schedule a meeting with the DOC.

Issues with club billing, facilities, or other club related problem.
1.  Discuss the issue with the Board of Directors President.

Parent behavior
Indiana Soccer is taking a strong stand on parent behavior and making it the club’s responsibility to police our families.  If a parent becomes unruly at a match, the official has been instructed to stop play and warn the coach.  If the parent is not removed, the match will be forfeited and the club will be fined.  While we feel our parents have demonstrated positive behavior in the past, it is important to understand that verbal abuse of an official, player, or other spectators will not be tolerated.  If a match is stopped due to a Jr. Irish parent, that parent will be removed from all games for the remainder of the season.  If a match is forfeited, the player and parent will be suspended for the remainder of the season.
Players make mistakes, Coaches make mistakes, and Officials make mistakes.  In most cases, the officials are young and learning just like our players so they need encouragement.  There is a serious shortage of referees in the area and across the state and parent behavior is the reason.  We would like to encourage our players to become a referee and start with our academy.  If our players see our families screaming at officials, they will not want to become officials.  We need to be role models to our players and show respect toward the officials.

JI Commitment Policy
All players within Jr. Irish are expected to fulfill their commitment to the club for the entire year.  If a player elects to leave Jr. Irish after registration and before completion of the entire playing year, the player will not be released to participate with any other club for the duration of the playing year.  The only exemption to the above policy is if a family moves a distance greater than 50 miles from the Jr. Irish Soccer Complex.  For more information, please refer to the “JI commitment Policy” on our website under forms.