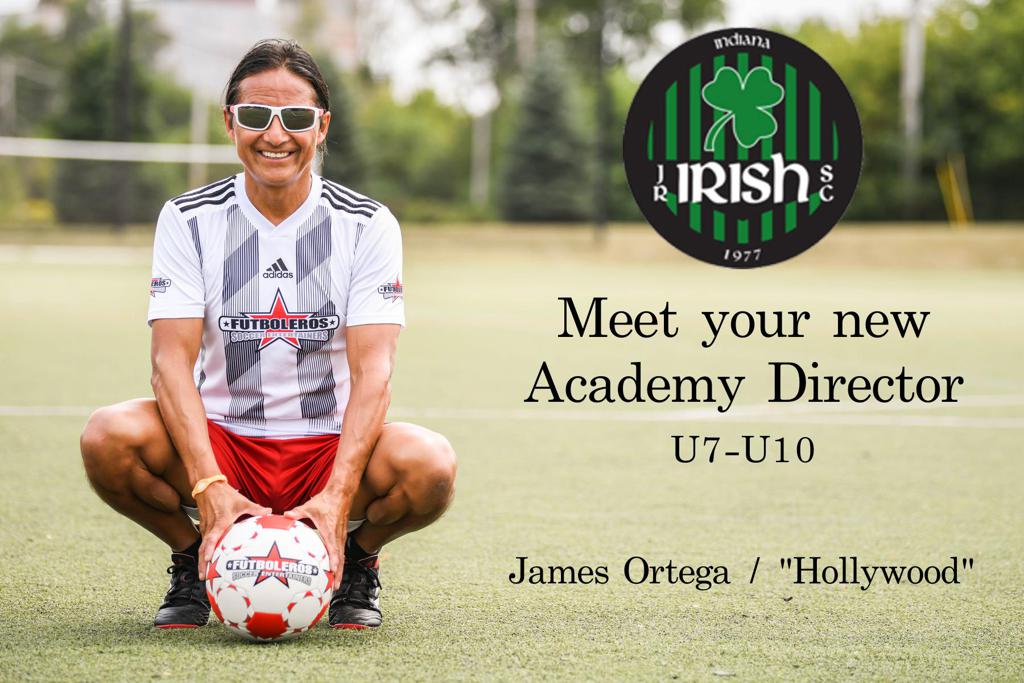 The Jr. Irish Soccer Club is pleased to announce James Ortega as the new Youth Academy Director.  James is a nationally recognized former LA professional soccer player and coach who recently moved to the area from California.

“James has an incredible passion for the game and a huge heart,” says Ken Nuber, Executive Director of the Jr. Irish Soccer Club.  “He is one of the best in the country at teaching the technical skill sets that all players need to be successful.  He has coached at many high-level clubs over his career, such as Beverly Hills HS, BH CS,  LA Galaxy and the Volgelsinger Camps”.

James is nationally known for being the founder of Futboleros, a soccer entertainment company that specializes in special events.  He has performed at many LA Galaxy games, MLS Allstars, Copa America, Gold Cup, ESPN, Disney, Coca Cola, Nickelodeon, VW, Pepsi, Nissan, US Soccer, IMG, ICC, marched in the 2014 Rose Bowl parade, Men’s, Women’s World Cup, and has appeared in over 20 commercials and 4 movies.  He is dedicated to developing confident soccer players with the ball and instilling his passion for the game.

Jay Freymiller has accepted the position of Head Girls Soccer Coach at Adams High School and we wish him much success this fall!  Jay will remain on staff with Jr. Irish and will work with different age groups throughout the winter and spring.

The Jr. Irish Soccer Club has been serving the soccer community since 1977 and provides the highest level of coaching and player development in a competitive and fun atmosphere.